Greetings from the Chairperson 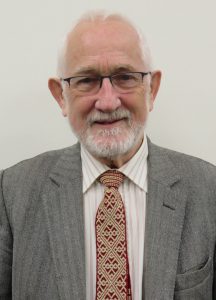 In the year Heisei 29 (2017), the神道 国際学会 (International Shinto Studies Association, ISSA) will be setting out on a new phase of its life. Some riji have resigned from their positions, and new riji will be appointed. I myself have been a riji for some years and now I have been asked to become the new chairperson. I regard this both as an honour and as an opportunity for service. Fortunately, our rijichō, Miyake Yoshinobu sensei will remain with us, so we will have continuity as well as change.

On this occasion I would like to thank our previous chairperson, Prof. Kurimoto Shinichiro, who has served us in this role since January 2013. In spite of major health difficulties he has continued to give his professional advice and scholarly opinions during that time. We wish him well during his retirement from these duties. Among other things he gave a valuable message (on our website) about the importance of having an independent and thoughtful voice in religious and social matters.

I would also like to thank two riji who have given special service to ISSA, and who are now retiring from this work. First, I would like to mention Prof. Iwasawa Tomoko, of Reitaku University. She played a major role in the organization of ISSA during recent years, and indeed it is difficult to imagine how the association would have survived without her excellent work. The second person whose departure we greatly regret is Prof. John Breen, of the Nichibunken in Kyōto. He has not only served as vice-president of ISSA but also very efficiently as the editor of our news magazine Shinto Forum. I hope that both of these colleagues will find the time to attend some of our future symposia and give us the benefit of their knowledge and experience.

There is also the excellent news that two new riji can be appointed. First we welcome Shionoya Takayuki, who is not only a lawyer by profession with a knowledge of religious affairs, but also the gūji of Imamiya Jinja in Chichibu. Second we welcome Prof. Suzuki Iwayumi of Tōhoku University, who specializes in various aspects of modern Japanese religion. Both of these colleagues are sure to enrich our work greatly.

In sum, I feel that our association, ISSA, can enter the New Year of Heisei 29 (2017) with confidence and good cheer. We will be doing our best to provide a good environment for the encouragement of the study of Shintō. We seek to combine a high standard of academic research with a creative and socially responsible program of activities for the wider public. Please support our efforts in whatever way you can, and join us in this valuable enterprise.